BREWER vs. DREW on Dwight Howard 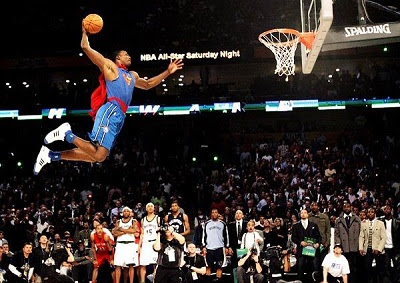 The Lakers acquired Dwight Howard in a four-team, 12-player trade on Friday. Kevin Brewer [postmodcast] and basketball guru Jeff Drew talk about it.

DREW: Great deal for the Lakers. Good deal for Philadelphia and maybe even Denver. Terrible deal for Orlando, unless Moe Harkless is a star or they are extremely lucky with draft picks.

Not sure I like how Lakers’ pieces fit in terms of personalities and chemistry, though Steve Nash definitely helps a ton there. Lakers will be tough to beat if Howard is allowed to play backstop against all those guards who are going to blow past Nash. If you have a 5 who can force Howard away from the basket and hurt the Lakers with shooting when Howard rotates, I think that’s the best way to attack them. Either that or pound them on the offensive glass when Howard rotates to block shots. Of course, the key to that working is that you have to get the shot on the rim.

If I have a bunch of fouls to give at center, I’m having my big guys foul Howard every time he’s going for a dunk or layup. I want to get him frustrated and out of his game mentally. Offensively, I want to attack Nash and the Lakers’ overall lack of team speed.

Having said all that, I believe this Lakers team is a threat. I still believe Miami is the best team, but OKC and LAL will battle it out in the west.

Injuries are a concern with Lakers due to age, but skill sets appear to mesh well. Nash is a tremendous shooter who can space floor and score off Kobe assists, so Kobe gets some attacks and is happy. Nash also can make sure everyone else is involved, which will make the Lakers dangerous, especially in the regular season.

BREWER: I made the Lakers vs. Thunder a pick ‘em on the podcast.

I think the Lakers had three weaknesses before the trade: defense, bench and coaching.

Howard erases the first one. Their bench is Steve Blake, Antawn Jamison, Chris Duhon and Jordan Hill. Jamison is a terrible defender, maybe the worst at his position. Mike Brown is as bad as any coach in the league. The good news for the Lakers is that Scotty Brooks and Eric Spoelstra aren’t good either.

Even if the Lakers are not a great defensive team, it’s going to be hard to outscore them.

I would still pick Miami over the Lakers, but mostly because the Lakers are a complete unknown. Miami hasn’t addressed their weaknesses at point guard or center. The Lakers easily win those two matchups against the Heat.

DREW: I don’t think the gap at point guard between Miami and the Lakers is a great as you believe. Chalmers can do enough to be effective and he has the ability to exploit Nash’s absolute lack of defense. Nash on defense makes Derek Fisher look like Gary Payton. Also, I love Miami’s versatility and ability to do things like play Bosh at the 5. Plus the Heat has LeBron, who can guard 1-5 against most teams and would create all kinds of problems at the 4 against the Lakers.

Plus, will be interesting to see how much trouble Howard’s back gives him this season.

BREWER: I don’t think Nash is good defender by any means. But I think it has become sport to rip his defense. Troy Hudson destroyed Fisher for a whole series. I don’t remember Nash ever losing his matchup for a series. Because even when a guy like Tony Parker gets the best of Nash on one end of the court, Nash gets him right back on the other end. Nash is one of the best offensive players of all time.

Offensively, Nash and Chalmers should not be on the same court. Chalmers can’t make decisions. LeBron and Wade were in his face about it during the whole playoffs. I don’t think he should be starting for a contender.

The players who REALLY give Nash problems — Rose, Westbrook, Parker — they give everyone problems. Nash isn’t any different than an average defender against them.

DREW: Chalmers looked pretty darn good at times in the Finals. Plus, he’s there to provide some defense and scoring. He’s not consistent, and he’s nowhere near the overall player Nash has been throughout this career, but he doesn’t have to be on his team. Chalmers can shoot over Nash and blow by him to the rim because the Lakers will have to concentrate so much on stopping James, Wade, Bosh and even Allen.

If the Heat is making outside shots, nobody can beat them. If the Lakers were 3 years younger I’d give them a good chance, but they have a lot of mileage on them. Lakers must control the pace against Miami, which they can do with Nash at the controls.

BREWER: Chalmers did often look good in the Finals. Other times, LeBron wanted to punch him in the face.

Like I said, I would favor the Heat. But Nash wins his matchup.

So do Howard and Gasol. But LeBron and Wade win theirs, and LeBron is the best player in the league. The Heat win in six.

DREW: A Lakers-Heat series would be decided on pace and perimeter shooting. The Lakers will win the battles of point guard and post play. The edge in quickness, speed and leaping ability goes to the Heat. The Lakers will want to slow the game, protect the rim and hope to limit Miami’s easy points. If Miami falls into that stagnant iso game they slip into far too often, the Lakers have the advantage. It will be difficult to turn Nash over, but the Heat should pressure and force as many live ball turnovers as possible. Live ball turnovers = Heat dunks. The Lakers should be able to limit that with Nash at the controls. In that case, the Heat needs to attack the rim on offense, especially Lebron. Do 4-5 pick and rolls with Lebron and Bosh. Try to give Lebron opportunities to drive past Howard, beat him to the rim for dunks and plus ones. If the Lakers help on the drive, Lebron can find Allen, Chalmers, Battier and Miller for open 3s. If Howard and Gasol trap Lebron, he can hit Bosh on pick and pops for open jumpers or for layups on the roll. If Lakers play underneath, James can take the three or hit a cutter. Can also send Wade on quick cuts on the weak side of those pick and rolls. Lebron can hit him for backdoor dunks. That backside action would really stress the Lakers defense. A stagnant Miami offense would lead to defeat. I also like Lebron in those extend post face-ups, where he can get to the rim in one dribble. I also like Wade on the attack in early offense.

If Miami attacks, Miami wins. If not, the Lakers win. I think LeBron is in attack mode and would lead the Heat to a victory in six (so, yes, I’m agreeing with you.)