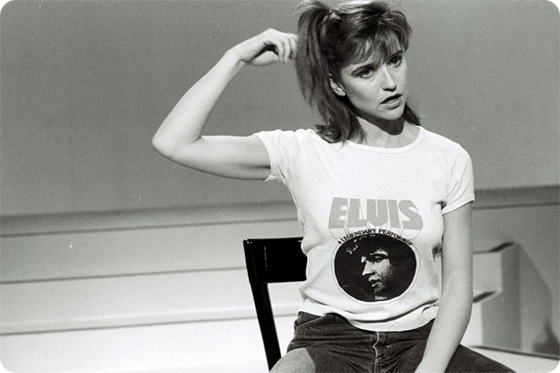 A virtuoso impressionist and the ultimate utility player, Hooks disappeared into characters on a show built around men and superstars like Dana Carvey and Mike Myers. She was the glue girl. Only the absence of a breakout character separated Hooks from greater fame. The closest she came was Candy Sweeney, one half of the lounge singing Sweeney Sisters.

Jan Hooks died yesterday from an undisclosed illness. She was 57.

Hooks joined the cast of SNL during the 1986-87 season with Carvey, Phil Hartman, Kevin Nealon, Nora Dunn and Victoria Jackson. Jon Lovitz and Dennis Miller were holdovers from the previous season. That group revived the iconic series, which was on the verge of cancellation.

“That show changed my life,” Hooks said in the book Live from New York, an oral history of the show.

Hooks was such a genius and so underrated that it is worth wondering what her work on SNL might have looked like in the 21st century, when the series has been dominated by women. Tina Fey was one of the show’s head writers from 1999 to 2006, an era that featured Molly Shannon, Amy Poehler and Maya Rudolph. Kristen Wiig was the unquestioned star of her tenure (2005-12). The current cast includes Vanessa Bayer, Cecily Strong and Kate McKinnon, the kind of do-everything performer reminiscent of Hooks.
— Kevin Brewer