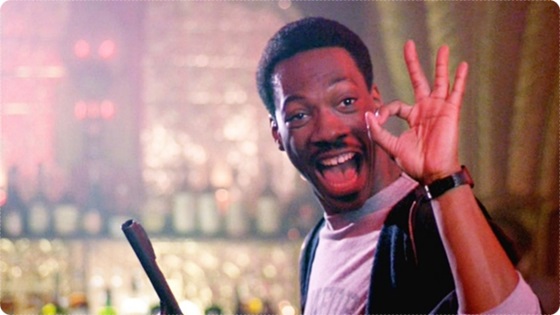 By the end his four-year run on Saturday Night Live, Murphy was just honoring his contract. He was paid $300,000 for the season — twice what he made the previous year — for about half the work. Murphy taped 11 sketches during one long night in mid-September 1983, so his in-season commitment would be less.

The superstar wasn’t happy — and it showed. Murphy showed up hours late for read-throughs and rehearsals. If he didn’t like a sketch, he said: “This is shit. This isn’t funny.” Sometimes, in read-throughs, he mumbled or whispered his lines. Once, he slid underneath a table and read, inaudibly, from there.

Murphy didn’t need SNL any longer. He had a $15 million deal with Paramount Pictures and an entourage.

But there were highlights: “Mister Robinson’s Neighborhood,” “The Gumby Story,” “Impersonating Jerry” and “Firing Line,” a winning parody of conservative William F. Buckley’s interview show. Robin Williams played the stuffy Buckley, Murphy a doctor of letters. The subject was the flammability of black entertainers in the 1980s, two weeks after Michael Jackson’s hair caught fire during the filming of a Pepsi commercial.

Dudley Moore made a bad movie. Eddie Murphy couldn’t save it. Moore played a bumbling army engineer who designs a new tank, and Murphy, well, wasn’t even in the first version. Best Defense tested so poorly with audiences that the producers re-worked it, creating a part for Murphy. He filmed about 15 minutes worth of scenes, none of them with Moore. But Paramount promoted the movie as a Moore-Murphy picture anyway.

VINCENT CANBY, The New York Times | It really isn’t easy to make a movie as mind-bendingly bad as Best Defense. It takes hard work, a very great deal of money and people so talented that it matters when they fail with such utter lack of distinction. … Best Defense doesn’t even make sense as a movie.

Murphy and his fellow Saturday Night Live alum Joe Piscopo presented the night’s final award: Video of the Year. But first, Murphy introduced Joe Thomas, “the man that’s responsible for all the confetti.”

Murphy was in two sketches in Piscopo’s HBO special, including “New Jersey Vice.” They fell “rather flat,” said The New York Times.

Murphy plays Axel Foley, a Detroit detective who goes undercover in Beverly Hills to solve his friend’s murder. Being undercover allowed Murphy to impersonate a writer for Rolling Stone, a flower delivery man, the gay lover of villain Victor Matlin and a customs inspector. It was virtuoso character work.

RICHARD SCHICKEL, Time | Eddie Murphy exuded the kind of cheeky, cocky charm that has been missing from the screen since (James) Cagney was a pup, snarling his way out of the ghetto.

Beverly Hills Cop received one Academy Award nomination: Best Original Screenplay for the script by Daniel Petrie Jr. But most of Petrie’s work isn’t in the movie. Murphy and the other actors wrote or improvised most of their dialogue. Bronson Pinchot, as the vaguely foreign Serge, steals an early scene at the art gallery in which Murphy is on the verge of laughter.

The movie was a phenomenon. Beverly Hills Cop debuted as the No. 1 film in the country and remained in the top spot for 14 consecutive weeks. It grossed $15 million in the first week and even more in its second, third and fourth weeks. The final gross was $234 million, making it the second most popular movie of the year behind Ghostbusters.

Beverly Hills Cop was also the first movie in which the words “In Association with Eddie Murphy Productions” appeared on screen. Paramount was in the Eddie Murphy business.

Murphy returned to host Saturday Night Live, and his monologue was a revelatory review of the past year. He said he did Best Defense for the money: “There’s a movie that sucked real bad. … But the money they gave me to do it, y’all would have did Best Defense, too. Best Defense turned out to be the worst movie ever done in the history of anything.”

Murphy wasn’t just the biggest movie star in the country. He was the most candid and the best judge of his work.

Then there’s the part on SNL where the host enthusiastically promises the audience a great show. Murphy deconstructed that.

“Not everything on the show is hysterical,” he said. “I know lots of times they say, ‘we’re going to have a great show.’ They come out, and they lie to you. You sit there, and you see some things that suck. Tonight is the same. Most of the show is good, but they’ll be two or three things that you’ll go — that’s not funny. I want you to be prepared for that.”

Murphy played the old standards: “Mister Robinson’s Neighborhood,” where he makes a Cabbage Patch doll, and a news segment about Christmas toys, where he pulls the pants off a Michael Jackson doll. But the first sketch after the monologue was a short film called “White Like Me” in which Murphy wears whiteface “to experience America as a white man.” It is probably the smartest satire SNL or Murphy has ever done concerning race.

In his first appearance on Late Night with David Letterman, Murphy was funny — and candid.

He said hosting SNL was “scary, because I hadn’t done it in so long, and I was a little nervous. But the show came out OK. ... It didn’t suck like it does sometimes. ... It was just OK.”

He said he was paid more for Best Defense than he was for 48 Hrs. and Trading Places combined: “It had a check like I had never seen before. My morals and principles went right out the window. My career almost went out with it, too.”

Murphy also predated the criticism for his upcoming music album How Could It Be: “I guess your ego goes nuts, and you say, ‘I can do anything.’ ... You have people that work for you, and they’re on the payroll, so they start saying, ‘You can do anything.’ … How does it sound? ‘It sounds wonderful, Ed. You’re a genius. Is my check ready?’”

Letterman: “Eddie, the kind of success you’ve had, in a very short period of time … I never remember this happening to anybody ever before.”