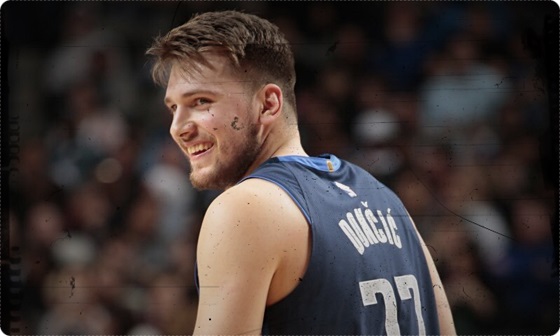 Luka Doncic won the NBA Rookie of the Year award last night at the NBA Awards — an anticlimactic made-for-television event that most fans don’t care about because they are thinking about Kawhi Leonard, Kevin Durant and free agency and not trophies for the regular season, which ended more than two months ago.

Doncic’s award was the most anticlimactic. The Mavericks polymath — who averaged 21.2 points, 7.8 rebounds and 6.0 assists last season — received 98 of 100 first-place votes.

Even more impressive: Doncic might be the best 19-year-old in NBA history.

Among 19-year-olds who played at least 1,500 minutes, Doncic is the all-time leader in Box Plus/Minus, well ahead of Irving. Using the same criteria, he is third all-time in Player Efficiency Rating, behind Davis and Irving and just head of Marvin Bagley (2018-19). He is just seventh in win shares, right behind LeBron, partly because the Mavericks were 33-49.

Those numbers project Doncic to be a multi-time All-Star with a shot at becoming a superstar in the LeBron James-Anthony Davis range.

One caveat: Doncic is not the best 19-year-old in the history of American professional basketball. That is still Moses Malone, who averaged 18.8 points and 14.6 rebounds for the Utah Stars in 1974-75. In the ABA.

Another thing: Zion Williamson will be 19 in 11 days.
— Kevin Brewer

My annual player rankings — the (roughly) top 50 players in the league sorted by age — based only on last season, including the playoffs. …

The Celtics have not acquired Paul George, Kawhi Leonard and Anthony Davis because of the supposed future greatness of Jayson Tatum.

Siakam should be an All-NBA player next season. Nurkic broke his left leg in March. His return is uncertain.

Great story by Kelly Dwyer about when Kareem Abdul-Jabbar was traded to the Lakers. His situation was not so different than that of Davis.

Gobert won his second Defensive Player of the Year award.

Green will be entering a contract season.

Harden: DNS (did not show) for last night’s awards.

A good starting five, with Durant taking a redshirt season.

The Jazz are NBA Finals contenders.

LeBron turns 35 on Dec. 30, the age when many players decline.

The best 42-year-old of all time. The three others: Robert Parish, Dikembe Mutombo and Kevin Willis.