Zen and the Art of Mark Harmon 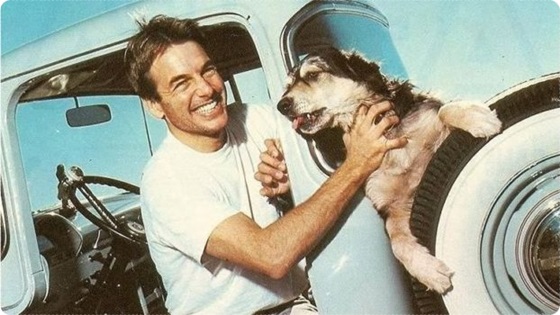 If Mark Harmon did not exist, man would have to invent him — out of necessity or desire for someone so good and true that he seems too good to be true.

Harmon has played many roles on television and in life. Quarterback at UCLA. Dr. Bobby Caldwell on St. Elsewhere. Special agent Leroy Jethro Gibbs on NCIS. And one that is more obscure: the greatest athlete in the history of Battle of the Network Stars.

But make no mistake. Every part of this story — from the obstacle course to the Tug of War to the time he saved a young man’s life by pulling him from a burning automobile — is true. That’s the way Thomas Mark Harmon would want it.

Like some sort of half-athlete, half-actor mythological creature, Harmon was born in Burbank, Calif., the son of Heisman Trophy winner Tom Harmon and Vogue model and B-movie actress Elyse Knox. Which meant he was perfectly cast in Battle of the Network Stars (1976-1985, 1989), a biannual made-for-television special in which stars from the three broadcast networks competed in various sporting events.

Harmon was not allowed to play quarterback in the 3-on-3 football event, because that’s the position he played at UCLA, where he led the Bruins to an upset of No. 1 Nebraska in his first game.

Instead he did everything else. In four Battles over four years, Harmon won the obstacle course four times, the running relay three times, the swimming relay twice and the kayak and tandem bike relays, and he was the lead man in two tug of war victories.

Harmon’s finest Battle might have been Battle XI, back when he played Fielding Carlyle on Flamingo Road, helping his team win five events, including an epic tug of war in a record 12:53. Or maybe the following spring, when he broke the obstacle course record in 17.50 seconds. But it was probably Battle XVII in December 1984, when he led NBC to six wins — including an interception in the football game — and dunked future love interest Heather Locklear twice in the baseball dunk. 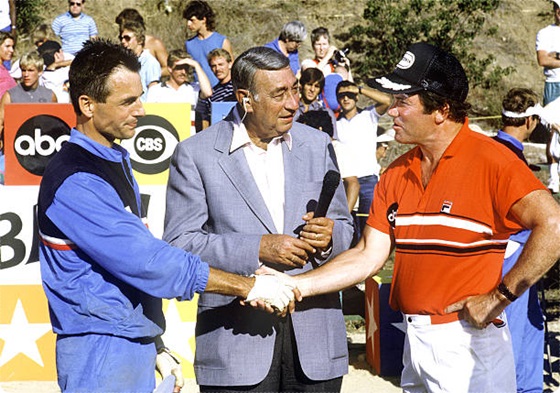 As Battle of the Network Stars ended, Harmon’s run as the most reliable television actor of the past three decades was just beginning. He closed his three-season stint on St. Elsewhere by playing the first television character with AIDS, then played an astronaut in four episodes of Moonlighting (1987), a police detective on Reasonable Doubts (1991-93), a private detective on Charlie Grace (1995-96), a doctor again on Chicago Hope (1996-2000) and a secret service agent on The West Wing (2002) for which he received an Emmy nomination. Since 2003, he has played Leroy Jethro Gibbs in NCIS, television’s highest-rated drama for nearly a decade.

But that’s the resume of a mythological creature. Not the measure of a man.

Mark Harmon makes the Most Interesting Man in the World seem banal.

He was accepted to law school but became a carpenter instead.

He used to run 60 miles a week and now does Pilates.

But this is the showstopper. On Jan. 4, 1996, a car crashed into a tree, flipped over and burst into flames next door to Harmon’s home in Los Angeles. Harmon broke the passenger window with a sledgehammer and pulled Colin Specht, then 16, to safety. The driver escaped on his own.

“I won’t take credit for it,” he told CBS in 2013. “Because if the card explodes and I’m there next to the car, then you’re talking about two young boys who don’t have a father. And you’d be doing this interview with my wife and talking about how stupid it was.”

That’s the essence of Mark Harmon. In the tug of war, on television’s highest-rated drama, when saving someone’s life, he does the heavy lifting but won’t take any credit.

On NCIS, Harmon’s character has these rules, pieces of advice he dispenses to those around him, a code by which he lives. He keeps them at home in a small tin.