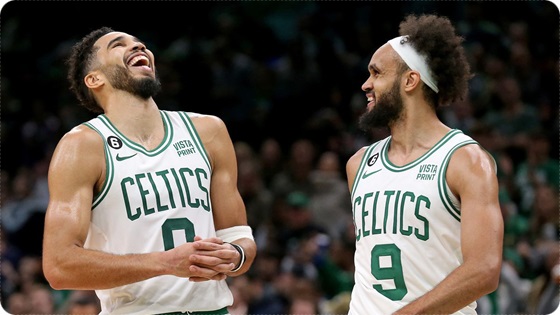 Kyrie Irving tweeted a link to an anti-Semitic documentary, sucking the air out of the first quarter of the season. Steve Nash is gone. Ben Simmons is back.

The NBA season after one quarter:

0 comments
Email ThisBlogThis!Share to TwitterShare to FacebookShare to Pinterest 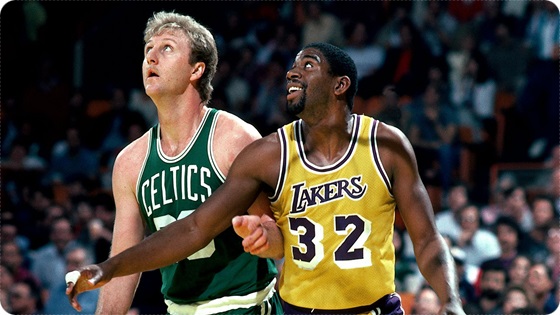 The best players of the 1980s, with statistics from each player’s four-season peak.

0 comments
Email ThisBlogThis!Share to TwitterShare to FacebookShare to Pinterest 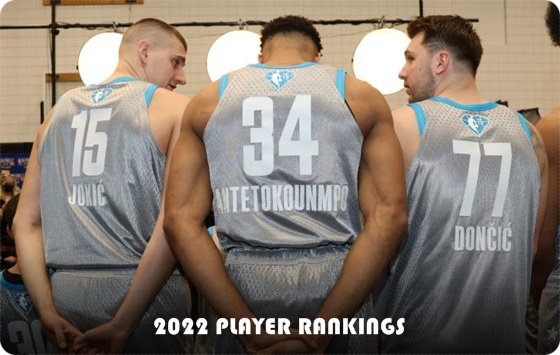 Since the Golden State Warriors beat the Boston Celtics in the NBA Finals, winning their fourth title in eight seasons …

Suns owner Robert Sarver announced he will sell the team, after a 10-month independent investigation into his behavior, which “clearly violated common workplace standards.”

My annual player rankings based on last season:

Haliburton and Maxey have two things in common. They are the only two players named Tyrese in league history, and both are excellent shooters:

A couple generations ago, this group would have just finished its rookie season. Instead, Doncic and Morant are All-NBA players, and Garland was third in the Most Improved Player voting.

Tatum played a league-high 3,714 minutes in 100 games, including the playoffs. He was spent in the NBA Finals.

Young was the most one-way player in the league — possibly the second-best offensive player and near the bottom in defense.

Head-to-head in the Eastern Conference finals:

Adebayo is the better player over the next five seasons.

Murray, the best all-round player of this group, was traded to the Hawks, who were 26th in defensive rating last season. An elite defender who led the league in steals, Murray should change that.

Murray and Trae Young are the most interesting backcourt in the world. Murray will play plenty of point, allowing Young to play off the ball.


Towns says he is “the greatest big man shooter of all time.”

He’s not. It’s Dirk Nowitzki, according to KD and science.

Antetokounmpo has been among the top three players in the league for four seasons. Two MVP awards. One Finals MVP.

Embiid is a great player. Just not as great as Jokic.

Davis should return to form. He’s great every other season.

The Timberwolves acquired Rudy Gobert as part of Danny Ainge’s Utah Jazz teardown, which means they will start Gobert and Karl-Anthony Towns — two of the four best centers in the league.

It’s worth a shot, because great players don’t come to Minnesota on purpose. Towns is all offense, no defense. Gobert is a three-time Defensive Player of the Year who led the league in rebounding (14.7). He is limited on offense, but the Jazz used him so well that he led the league in 2-point shooting (71.8).

The pairing won’t be as good as Tim Duncan and David Robinson or Hakeem Olajuwon and Ralph Sampson. But they will be better. At least better than Patrick Ewing and Bill Cartwright.

Leonard has played nine seasons, just three of the past five. There’s some resume rebuilding to do.

Health is the biggest concern for the Warriors next season.

He was the 30th pick in the 2011 draft. Averaged 8.5 minutes in his rookie season. In the starting lineup in his third season. Most Improved Player in his fourth.

At 32, he just finished the best three-season stretch of his career. It’s flagrant that he didn’t make any All-NBA team. A flagrant 2 that Pascal Siakam received more votes.

Butler makes as many winning plays as anyone in the league: points, rebounds, assists, steals — but also tip-out offensive rebounds, defensive switches, screens and cuts.

James Harden, on the other hand, is a superstar — who has played for three teams in two seasons.

Butler is the better player.

Curry burnished a legacy that was already settled science. Most career 3-pointers. Four championships. NBA Finals MVP. The Warriors were 45-19 with him, 8-10 without him.

Best player of the century? LeBron is No. 1. Curry’s only competition for No. 2 is Tim Duncan and Shaquille O’Neal.

Durant is often lauded as the game’s best player by television’s professional screamers. Not sure why. His only MVP award was eight seasons ago. Since then, he hasn’t led the league in any traditional or advanced metric. He has missed 64 games over the past two seasons.

He will probably be traded by the deadline.

Paul’s season was like another 36-year-old Suns point guard who led the league in assists:

He has played 52,139 minutes, 11,035 more in the playoffs, in 19 seasons. Missed 53 games over the past two seasons. A full offseason, with no playoffs, should help him stay healthy.

Udonis Haslem has played 19 seasons with one team and more than 150 teammates.

He has played with a King (LeBron James) and a Barron (Earl), with a Cook (Daequan), Waiters (Dion) and three Butlers (Jimmy, Caron, Rasual).

He has played with a Herro (Tyler) and Justice (Winslow), with a Person (Wesley) and a Guy (Kyle).

He has played with a Birdman (Chris Andersen) and a Dedmon (Dewayne), with two Walkers (Antoine, Henry) and a Parker (Smush).

He has played with a Nunn (Kendrick) and a Bimbo (Coles).

He has played with a House (Eddie) and a Shaq (O’Neal), with Banks (Marcus) and a Penny (Hardaway).

He has played with a Head (Luther) and a bust (Greg Oden).

He has played with all sizes and colors: White (Chocolate), Brown (Shannon) and Green (Gerald).