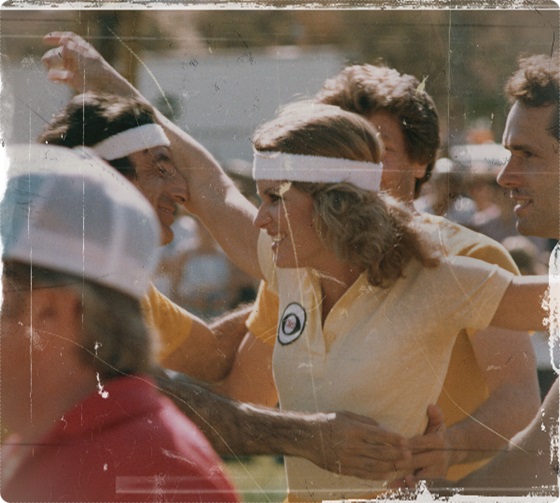 Judy Norton-Taylor will forever be known as Mary Ellen Walton, the oldest daughter to John and Oliva on The Waltons (1972-81), the earnest television series about a Depression-era family in Virginia’s Blue Ridge Mountains. The family drama was watched by more than 20 million viewers a week.

To millions less, Norton-Taylor is simply the greatest women’s athlete in the history of Battle of the Network Stars (1976-85), the biannual made-for-television special in which stars from the three broadcast networks competed in various sporting events. “A female superstar,” Howard Cosell said.

Norton-Taylor could do it all — and play through pain. Her signature events: the obstacle course and 3-on-3 football. She won the women’s obstacle course in each of her three appearances — beating Kristy McNichol (thanks to a 3-second penalty), Susan Richardson and Randi Oakes — and she holds the all-time record for touchdown catches. Battle IX was her masterpiece, arguably the best individual performance in the show’s history, helping CBS win six events, three with a broken finger. “It was a good weekend,” she said. Battle X was nearly as good: five wins, two with a sprained ankle.

Today, Norton-Taylor is Judy Norton, but she is still a hyphenate — actress-writer-director-producer and singer. Finding Harmony and Another Day in Paradise — two films she wrote and co-starred in — are scheduled for release later this year. Her IMDb page lists five films in pre- and post-production. Still in the development phase: a stage musical based on the life of Olympic gold medalist Greg Louganis.
— Kevin Brewer 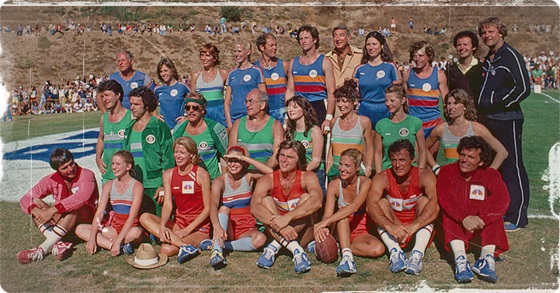 You were 18 when Battle of the Network Stars began and 21 when you first competed. Did the producers reach out to you or the other way around?

I don’t know. I had a press agent who I believe pitched me to the show.

I’m guessing it was an easy decision.

I loved sports and was very competitive, even if I wasn’t great at a sport.

Many of the stars had clear specialties. Gregory Harrison in the water events. Scott Baio in the obstacle course. But you were good and often great in everything.

The football event was probably my most significant contribution. It was less common to score points with the women in football, so I was usually able to help my team win the football event.

You had three different captains in your three Battles — Ed Asner, Jamie Farr and Tom Selleck. How were they different?

Tom was the most athletic, so he led from that quiet, confident strength. Jamie was high energy and kept us all upbeat and positive. Ed didn’t back off from anything. He was willing to go to the mat for his team.

I think Ed and (NBC captain) Robert Conrad disliked each other. They differed politically and battled in the Screen Actors Guild.

Yeah, I’m not sure what that was about. I learned a ton about how to win on Battle from Robert Conrad. I think he respected my athletic ability … just a guess, but he gave me some good pointers, particularly in the tug of war.

What did he tell you?

He stressed setting up a cadence, so we weren’t pulling against ourselves, and keeping your heads back. Again, so not fighting against yourself. He was super competitive, and I respected that.

Conrad’s competitiveness sort of made the whole series.

Yeah, Conrad sort of exemplified the series for me. I went in thinking it was going to be a fun weekend and soon found the majority of competitors were out for blood. Considering I sprained an ankle and broke a finger, I guess you can’t say I was “skating” by.

How much pain were you in?

It was the worst when it first happened, but the adrenaline kicked in, so it was manageable.

Your favorite memory from the series?

Toss-up between catching touchdowns thrown by Tom Selleck and being carried off the obstacle course by Tom when I sprained my ankle. Getting coached by Robert Conrad about how to win the tug of war.

There were so many wonderful memories over three battles. Howard Cosell saying I was the best female celebrity to compete on Battle. 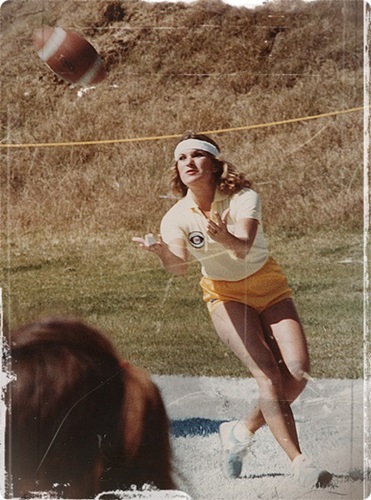 He called you “the best female athlete we’ve ever had.”

I was super competitive.

You were on two dominant teams with Selleck and Harrison.

They are amazing athletes, and it was so inspiring to compete alongside them. They pushed me to do the best I could, and I never wanted to let either of them down. They were probably the two actor-competitors I was most concerned about not wanting to disappoint, because they set such a high standard with their ability. They are also both wonderful men, and I thoroughly enjoyed getting to know them a little bit. I love when someone you admire turns out to exceed your expectations when you meet them — rather than being a letdown. They both exceeded. Such admiration for both of them still.

Any friendships that still last today?

Not really, but I’m still in touch a bit with Greg and Randi (Oakes) via Facebook and have crossed paths with Ed Asner, Robert Conrad, Erin Gray and a few others. Always fond memories when we see each other. I also did flying trapeze with Randi for Circus of the Stars, so we bonded more during that 12-week rehearsal period.

When you were competing in the Battles (1979-81), women’s sports were not that big. There was Martina Navratilova and Chris Evert in tennis, and that was about it. Who did you admire?

I did watch tennis — loved Martina and Chris. Having ridden and jumped horses for years, I always loved that it’s possibly the only sport where men and women compete evenly. And many times, the women win. Also loved figure skating, so I admired skaters like Dorothy Hamill, Tai Babilonia. My mom was an acrobat, so I always watched gymnastics when Nadia Comaneci was dominating. She was magic.

Your mother was an acrobat?

Yes. She grew up in England. My grandfather was a gymnast as a young man and made the British Olympic team on rings. He wasn’t able to go ... athletes had to pay their own way, and he couldn’t afford it. But he then worked as a coach at an athletic club building human pyramids, etc., taught hand-to-hand balancing. From the time my mom and her brother were little, he taught them, and they began touring England, doing vaudeville shows as an acrobatic team. When I was young, my grandfather taught me and my sister a few “moves.”

It was rare that women and girls played sports back then. Were you an athlete mostly because of your parents’ influence?

Hard to say. I had dance lessons as a kid but always loved sports and PE at school. Played softball in a girls league before The Waltons and then our show had a team I played on. Also played on radio station team. Loved competing, I guess. Also started skiing at about 12.

Then lots of the sports were ones I took up because of work or PR events. Started tennis because I started getting invited to celebrity tennis tournaments. Then ski events. Was asked to do a roller skating charity event — there were skaters there from Roller Derby, so I started training with them for fun. The horses were because of a costumer on The Waltons who rode and took me to a horse competition. I fell in love with the sport and starting at 15. Skydiving was because of a stunt for Circus of the Stars as were wing-walking and flying trapeze.

My dad was from Canada and grew up playing hockey. My brother played for years, and I did learn to ice skate but just recreationally. 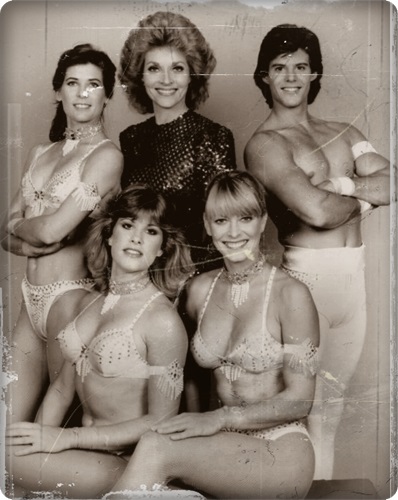 Was Circus of the Stars a natural fit because of your parents’ background or a little bit scary?

Scary. … I’m not fond of heights. That one was tough. Building the upper body strength to do it took a lot of work. We trained six days a week for about 12 weeks.

How did you select the trapeze or was it selected for you?

I was given the option of flying trapeze or tightrope walking … for some reason, I thought trapeze would be less scary.

How did you become involved in the musical based on Greg Louganis?

I was invited by a fellow writer friend to attend a meeting with Greg. During the meeting, Greg mentioned he was looking to create a musical. I mentioned I had been involved in writing over 50 musicals that have been produced and said if he needed some help, let me know. He took me up on the offer and I have teamed up with his composer/lyricist Patrick Alan Casey (an uber talented singer/songwriter), and the two of us have formed a fabulous collaboration. Greg has been amazing to work with. He will be one of the producers and of course is always available to give us the actual facts, which is invaluable when you’re writing about a real person.

I’ve been on the project for about four years now.

Have you mentioned to Greg that you were a part of two winning swimming relay teams?

I wouldn’t say my swimming skills are something I’d brag about.
Email ThisBlogThis!Share to TwitterShare to FacebookShare to Pinterest
Labels: Judy Norton-Taylor