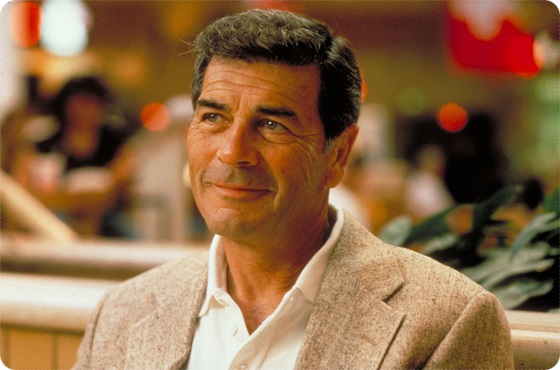 As Max Cherry, the stand-up bail bondsman in Quentin Tarantino’s Jackie Brown, Robert Forster watches Jackie, played by Pam Grier, walk out of jail in a real movie star moment. He watches the triple-cross money exchange from every angle. In the film’s final scene, he watches Jackie walk out of his office and out of his life forever — one of those faraway, unrequited looks.

Forster didn’t just watch. He watched like Gary Grant listened, like James Dean leaned, like Jack Nicholson raised an eyebrow. He was Jack Webb, except with a pulse and a soul.

Robert Forster, who played strong, sturdy, silent types in more than 150 movies and television series, died Saturday of brain cancer. He was 78.

“Today the world is left with one less gentleman,” Tarantino said Sunday. “One less square shooter. One less good man. One less wonderful father. One less marvelous actor. I remember all the breakfasts we had. … All the stories. All the kind words. All the support. Casting Robert Forster in Jackie Brown was one of the best choices I’ve ever made in my life.”

Forster’s career-defining turn in Jackie Brown (1997) was no comeback, because he was never previously a commercial or critical success.

His breakout role was as a television cameraman in Haskell Wexler’s Medium Cool in 1968, which was about the resting temperature of his enduring career. Often too cool, like during his two-decade losing streak filled with television guest shots and B-movies. But mostly medium, even after his Academy Award nomination for Jackie Brown.

Forster starred in the detective series Banyon (1972-73), which ended after one season when showrunner Ed Adamson died, then Nakia (1974) in which he played a Native American deputy sheriff. He was the spaceship captain in Disney’s high-concept disappointment The Black Hole (1979) and the lead in Alligator (1980), produced by Roger Corman, from a script by John Sayles. He was the main terrorist in the Chuck Norris vehicle Delta Force (1986), marking a low point for him.

“Every time it reached a lower level I thought I could tolerate, it dropped some more, and then some more,” he told the Chicago Tribune last year. Near the end, I had no agent, no manager, no lawyer, no nothing. I was taking whatever fell through the cracks.”

But Tarantino remembered Forster — watching him in Medium Cool and Banyon. He asked him to audition for Reservoir Dogs, but Lawrence Tierney got the part. He recommended him to director Tony Scott for True Romance, which Tarantino wrote, but Christopher Walken got the part.

Then Tarantino asked Forster to read Elmore Leonard’s Rum Punch, then his script based on the book.


I could not believe that he was talking about the Max Cherry role. And I know that Pam had the same exact experience when she read it. I read it, and I couldn’t figure out what part he had in mind for me. But when I called him, he said, “Let’s have breakfast again,” so the following morning we had breakfast again, and because I’d had the experience before of getting close to a good role and having the distributor say, “No, no, no, we want somebody else,” I said to him, “Look, I appreciate it, but I don’t think they’ll let you hire me.” And he said, “I hire anybody I want.” And that’s when the world stopped. I know that Pam had the same experience, because we’ve talked about it. I could not believe that I was going to get another shot at this business.


His Academy Award nomination for Best Supporting Actor was one of the great Cinderella stories in a business full of unbelievable storylines. The first congratulatory calls he received were from his two ex-wives.

Forster just was. The lines on his face did most of the work. The deep timbre of his voice told his backstory. He just watched.

Forster’s final role was the identity specialist in El Camino — which opened last weekend — reprising his part from Breaking Bad.

No spoilers here. He plays the kind of guy who gives people a new life. The kind that Tarantino gave him.
— Kevin Brewer